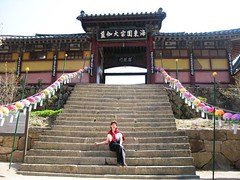 In the past two weeks, I reached two major milestones in my Korean life.  The vast gap between them tells you a lot about my life abroad.

Milestone #1:  For the first time in 9 months, I ordered food over the phone and had it delivered to my apartment.  I danced for joy when I hung up the phone.  Ordering food by phone is actually pretty complicated.  You have to know the words for (and pronunciations of) the food, ordering, delivery, and your address.  You have no chance to read body language or hand gestures.  You also have to field the unexpected questions:  Is a 10 minute delay ok?  We are really busy.  Do you want our special side order?  Such small things are really hard when you only have basic language skills!

Milestone #2:  For the first time in Korea, I gave a paper at an international conference without translation. 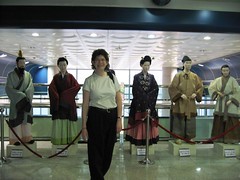 The audience had people from a half dozen countries, but the majority were Korean.  All understood English, but about half could not speak comfortably in English.  Therefore after taking questions in English, I encouraged the audience to ask questions in Korean.  Only then did I have the horrible realization- the bilingual conference organizers had left the room to arrange the next panel and no one was available to translate the questions! 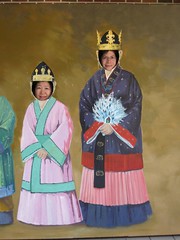 So, for three questions in a row, I drew on my minimal knowledge of Korean, bi-cultural knowledge of gender issues, body language, and wonderfully helpful Korean terms in English (like “golden miss” - the Korean term for single women in their 30s with good jobs and no desire to marry).  I could not answer the questions in Korean, but I did my best with slow, clear English.  Afterward one Korean graduate student shook my hand and said in utter awe (and rather good English), “No foreigner has ever LET me ask a question in Korean before.  And you even UNDERSTOOD me!”

Her comment says volumes about the complicated relationship Koreans have with English.  She probably COULD have asked a question in English, but she WOULD NOT have.  She was not comfortable enough.  Just as I probably could have ordered food delivery a few months ago, but I did not want to get half way through my order and realize I had no idea how to say the word “delivery”!   Her distinction between my allowing her to ask a question and my understanding her Korean also shows she recognized that allowing the question was about respect, but understanding and answering it was about skill. 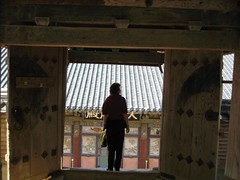 Out of sheer stubborn pride, I did not tell her I only understood 6 words in her 8 sentence question and I only knew that much because one of my Pyeongtaek University students had asked a similar question during my Race and Gender class.  I take my victories however I can get them!

As I expected, now that I have a clue what I am doing, I am headed home.  My third milestone was today - I taught my final class in Korea.  I will give final exams next week and I leave the country a little earlier than planned on June 22.   With luck I will come back to Korea at some point and get to use all this experience.  But if not, the learning process was a reward in itself - now I know I was up to the challenge.  Besides, ordering food by phone will never feel this good again.