After last night’s debates I returned to our office in Lower Cushing to load, categorize, and edit our hours and hours of footage. I left our office at 1:45 a.m. and started the cold walk back to my room in Saint Mary’s Hall. Then it hit me, I had to wake up at 6:30 a.m. in order to be on time to get to the taping of This Week with George Stephanopoulos, which was aptly retitled This Week in New Hampshire.

This Week with George Stephanopoulos broadcasts on ABC from 9 a.m. to 10 a.m. every Sunday. This week’s show, however, began at 8 a.m. with an interview with former Arkansas Governor and Republican presidential candidate Mike Huckabee. The interview was another way for Huckabee to spin his performance in last night’s debate and also to clarify some of the slip-ups that he made.

Following Huck’s interview, former Mass. Governor and Republican presidential candidate Mitt Romney stepped on the stage and gave an interview that was extremely similar in format to the exchange with Huckabee.

After audience interaction with Stephanopoulos, it was time to start the live broadcast; this was the exciting part. Former Senator and Democratic presidential candidate John Edwards gave a live interview at the top of the show and then came out into the audience with his wife, Elizabeth, to greet everyone.

Once the pretaped portions of the program were complete, it was time for the panel to give analysis on last night’s debates. The panel consisted of George Will, Cokie Roberts, Sam Donaldson, and Donna Brazile. The panelists were very engaging and offered interesting insights on the debates at Saint Anselm College.

All in all, it was incredible to watch a live broadcast for national television, and it is an experience I will never forget.

Throughout my two and a half years here at Saint Anselm College, I have spent many sleepless nights here in Cushing, finishing up papers and making lasting memories with friends as we have pushed ourselves to finish that last essay, study for that final exam. Never in my wildest dreams did I think that I would be in that same building filled with movie stars, the most televised news anchors in the country, and possibly the future president of the United States. END_OF_DOCUMENT_TOKEN_TO_BE_REPLACED

Cory True ‘09 gives an assessment of the state of the campus of Saint Anselm College on the morning of Debate Day, Jan. 5. Cory was up bright and early at 7 a.m. to bring you this special report from various locations around the campus. 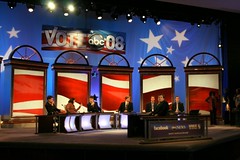 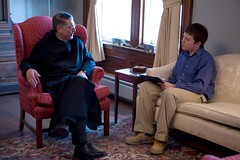 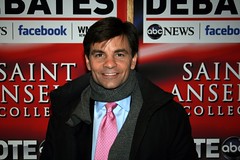