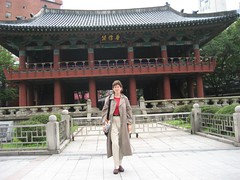 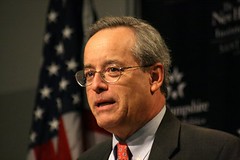 Speaking at the New Hampshire Institute of Politics on October 16, 2007, Stewart Rothenberg of The Rothenberg Political Report presented his analysis of the upcoming 2008 election. Rothenberg specializes in analysis of Congressional elections, conducting one-on-one interviews with incumbents and their challengers. A frequent contributor to national media including Roll Call, Meet the Press, Face the Nation and Nightline, Rothenberg also handicaps Presidential elections.

In his lecture, Rothenberg describes the national political mood and its impact on the electorate for the upcoming 2008 election and on the balance of power in Congress. Predicting that the Democratic Party will take the White House, Rothenberg also offers his analysis on a number of other factors and races happening around the country.

Saint Anselm College Professor Elizabeth Ossoff was quoted by the Australia Broadcasting Corp. (ABC News) in an article that appeared on their Web site on October 17. In the article, she says she is not surprised Sen. Hillary Clinton is now directly appealing to female voters.

An excerpt of the article appears below. To read the article in its entirety, visit the ABC News Web site.

“I think she’s done everything she can to appeal to male voters in terms of packaging herself as very strong and decisive,” Dr. Ossoff said.

“I think she’s smart to work off of the fact that she has a large support base amongst women, why not play off of that?

“Because I think she knows where she is going to get a lot of traction, come the general election as well as in the primary.”

Dr. Ossoff says the fact that Sen. Clinton is the first woman candidate with a realistic shot of becoming president could have a strong impact on the presidential race.

“We’ve been talking about the role of the first prominent female candidate here in this presidential election, [but] I don’t hear that much talk about it amongst the American press,” she said.

“Every once in a while it will get mentioned when she does things like she’s doing today, which is moving around the state of New Hampshire and talking about women and women’s issues, but only then.

“I think its sort of the elephant in the room that no one wants to talk about.

“The gender does play a role in the way that we perceive people and we like to think we’re beyond that, but we really aren’t, and we haven’t really been paying attention to that very much.” 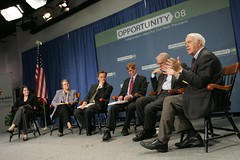 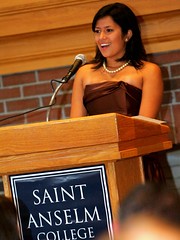